To demonstrate the shader, I modelled a very basic crystal which has around 30-40 polygons maximum. I had to UV these quickly just to make sure I could demonstrate what I wanted to show in terms of progress to my colleagues. Overall, I believe the tool is showing genuine progress, but I am not completely happy with the visuals just yet. I also need to work on the algorithm for the actual mesh generation which could let the user change the size and the amount of crystals present - however I can see the UVs being issues.

The feedback I recieved was as follows:

After looking at this feedback, it is important to look at prefab variations and overrides as it could greatly improve the customisation and will allow me to implement them into the tool itself. Much of the feedback is also stating movements and adding colour choice to other elements such as emissive, which should be easy to implement when using Shadergraph. 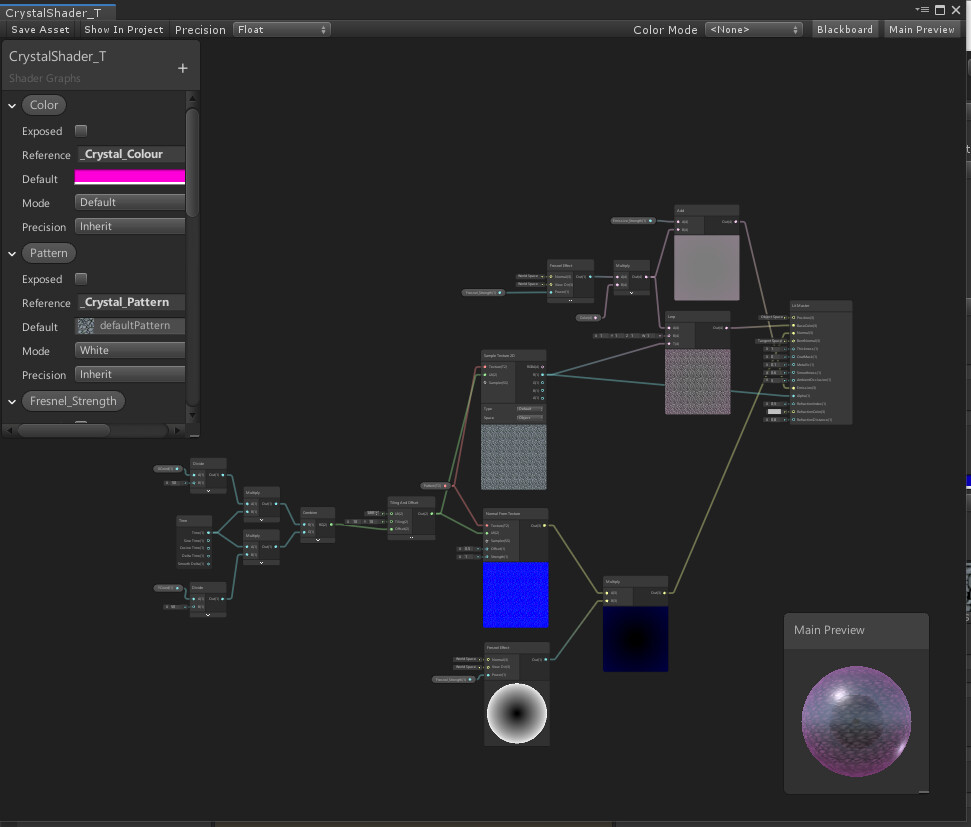