Adding further development I have added the emissive elements to the crystals. Being a novice to the HDRP in Unity, I was not aware that Emission had to be supported through PostProcessing Volumes and Bloom elements; after messing around with various values, I discovered that the emissive value needs to be a ridiculously high number to prevent the bloom from blurring the entirety of the scene - to combat this, I added a x10 multiplier within the code so the emissive value the user sees isn't a silly number which I feel helps prevent over-complicating the tool.

After adding this functionality to the demo scene, I figured that I should clear up the Shadergraph nodes and make it look less like spaghetti with structure. I made sure the texture multiply nodes were aligned to see the changes at each stage which lets me see how each node affects the texture and helps me understand my workflow. I still plan to make further changes to the visuals here in terms of transparency and refraction within the crystal, which will be my next step. 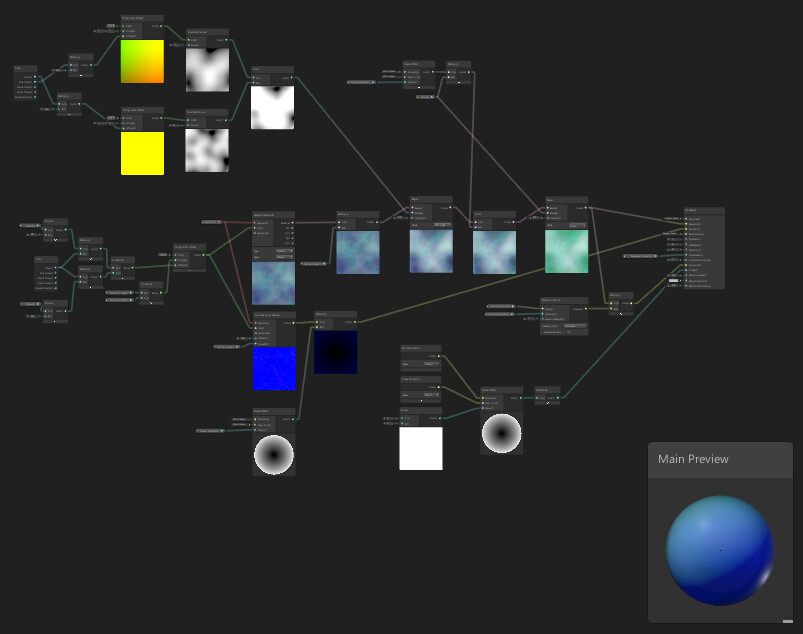